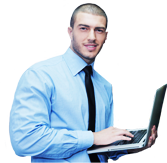 What's The Deal with Category 7 Cable?

Doesn't Category 7 come after Cat 6 and Cat 6a for blazing speeds and greater distance?

The Category 7 specification was created in 2002, designed to operate within strict standards for crosstalk and interference. It was a fully shielded S/FTP cable with a foil shield surrounding each individual pair and an outer braided shield surrounding all four pairs. Category 7 was primarily introduced to support 10 Gigabit Ethernet at 600 MHz over 100 meters.

Strangely though, the 10 Gig Ethernet over copper standard, or 10GBASE-T, wasn't even published by IEEE until 2006!

The Category 6 standard was actually introduced around that same time in 2002. In addition, TIA also published the 607-A grounding and bonding standard and the 606-A administration standard, which provided long-awaited guidelines for standardizing installation of everything from outlets, cables, consolidation points, busbars and even firestop locations. This made Category 6 the go-to cable for the major installers. The Cat 6A standard was ratified for 10G performance just two years later.

Category 7 was simply ahead of its time with no 10G applications as yet requiring it. As a result, TIA decided to not recognize Category 7 and as a result it saw little to no traction in the North American marketplace. However, there were many Category 7 deployments in countries like Switzerland and Germany where shielded cabling is the de facto standard due to tougher regulations.

But Category 7 had another benefit to share, that being terminations using the RJ45-compatible GG45 connectors or TERA connectors. The four-quadrant design of the TERA connector combined with the four individually shielded pairs of the cable meant that more than one application could run over the different pairs - referred to as cable sharing. That meant that a single Category 7 channel could be configured to support 10/100BASE-T over just two pairs, leaving another two pairs for an additional 10/1000BASE-T channel, a VoIP channel or two 1-pair analog voice channels.

Yet, despite its cable sharing capabilities, Category 7 didn't have much of a chance. In 2010, ISO/IEC introduced Category 7A, intending to support future 40 Gigabit Ethernet over copper cable. Category 7A bumped the 600 MHz frequency of Category 7 up to 1000 MHz.

It's déjà vu all over again.

Once again it was ahead of its time considering 40GBASE-T became a standard only two years ago. The 1000 MHz frequency and low delay skew characteristics made Category 7A ideal for CATV and other video applications requiring much higher frequencies. Some AV equipment manufacturers specify Category 7A for use in their systems today.
Unfortunately, Category 7A's performance didn't prove enough to meet the new 40GBASE-T standard, which IEEE defined for the up and coming Category 8 cable.

So where does that leave us?

Currently, (as of this writing) the accepted USA cable standards are:

The MHz/GHz ratings are still a subject of much confusion. It's important to remember the specifications provided by the manufacturers are "as tested" and rather meaningless since the numbers are always greater than the required TIA/EIA spec.

Category 6 and 6a is still the most widely manufactured cable given the demand in most commercial and residential applications. Category 8 is just beginning to becoming available though applications and supporting hardware are still few.

For more information see our free:

Thanks for visiting our website; we hope to have the opportunity to serve you!